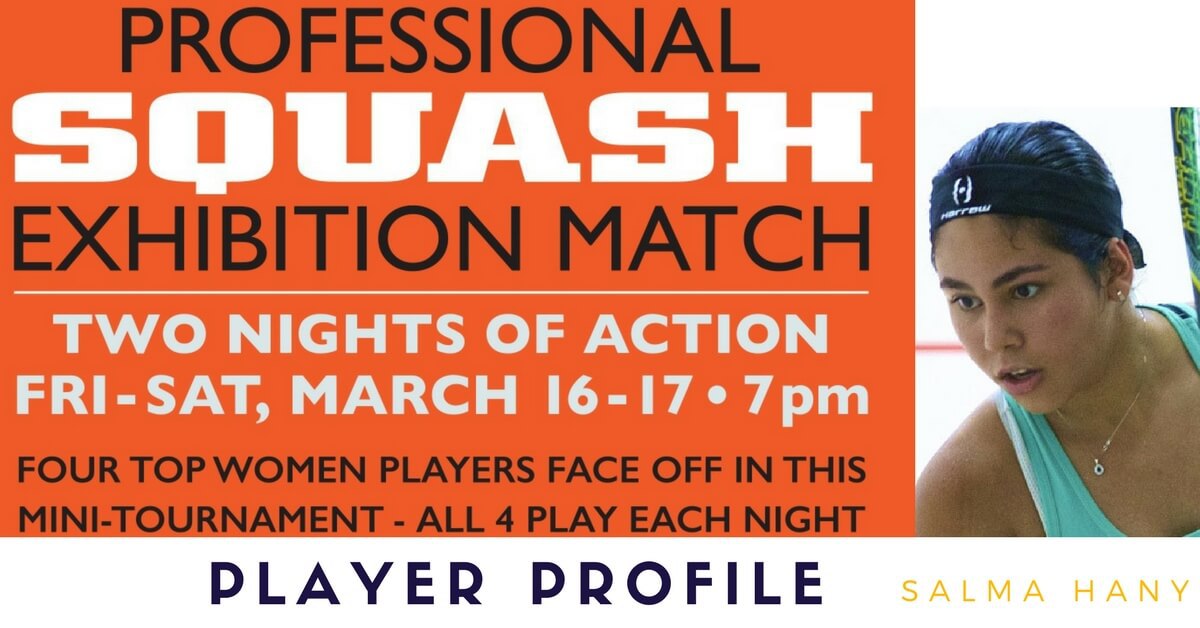 Salma Hany Ibrahim has been described as “up-and-coming” in the world of professional squash.  Salma joins an ever-expanding list of squash protégées hailing from Egypt, the ancient city of Alexandria to be precise.

Salma, at 21 is currently ranked #21 in the world.  She captured 3 tour titles between 2012 and 2013 and reached a world ranking of 19 in May 2015.  That same year Salma pulled off a surprise victory over former world champion and then #3 Laura Massano. 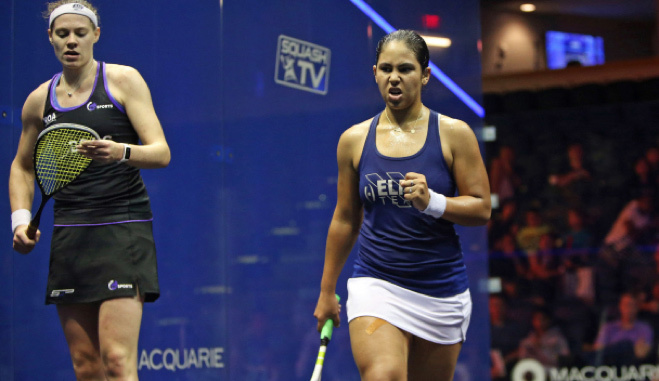 Given her relative youth, Salma will continue to be a part of the upper echelons of professional squash for some time to come.   Watch Salma in action at the 2017 Carol Weymuller  Open Semi-finals against Nour el Sherbini